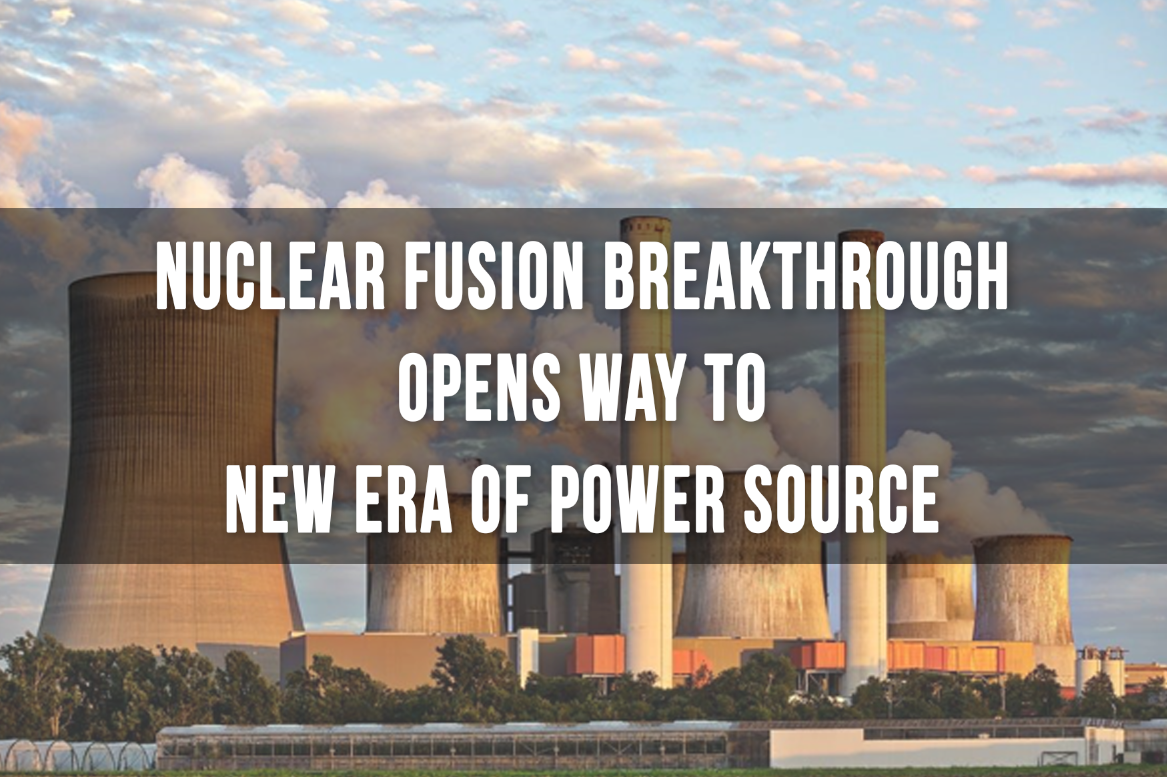 Scientists have been working to develop nuclear fusion as a practical energy source. Significant progress has been made in recent years in understanding the science of nuclear fusion and developing technologies to control and harness it.

However, recently, scientists have acknowledged a massive breakthrough: they were able to harness the power of fusion to create more energy than it took to start the fusion reaction. Scientists at the National Ignition Facility (NIF) Lawrence Livermore National Laboratory (LLNL) say that their team’s breakthrough in fusion ignition will allow for improvements in national defense and usher in a new era of clean energy.

Scientists at a research facility in the United States achieved a controlled fusion reaction on December 5, releasing more energy than they put into it. This was a significant step toward the long-sought objective of producing nearly unlimited power from clean, plentiful fusion energy. The U.S. Department of Energy (DOE) made the announcement on December 13 following confirmation of the findings by an external group of scientists.

Jean-Michel Di-Nicola, an LLNL official, pointed out during a press conference that NIF’s laser beams draw 500 trillion watts of power, more than the output of the entire US national grid. The prime aim of the National Lab is the study of nuclear power for use in national defense; this nuclear fusion research is a subset of a larger effort begun under President Clinton in 1996 to ensure the continued reliability of nuclear weapons stockpiles without resorting to large-scale nuclear testing.

However, to create fuel pellets capable of generating enough energy, they need to be heated and pressurized until they reach the same conditions at the sun’s center. When fusion reactions occur, they release several particles, including alpha particles. These particles interact with the surrounding plasma and heat it further. The hot plasma then releases more alpha particles and so on, allowing the reaction to continue on its own.

A Step Towards Advancement

While the scientific breakthrough being celebrated at the highest levels of government is expected to be a boon for future generations, it will take several years before fusion power plants are likely to provide clean, abundant energy.

However, what is more encouraging is the fact that this is not some distant, unimaginable future. We are already seeing a shift towards better, cheaper submarines to accommodate deep-sea rescue and exploration. Simply put, this achievement raises the potential for the development of new technologies and brings in a wealth of opportunities for new scientific research. The future is looking bright for nuclear fusion technology and we look forward to seeing what transpires in the years to come!

Watch this space for more scientific and technological updates.