Self-Charging Battery Generates Electricity from Moisture in the Air 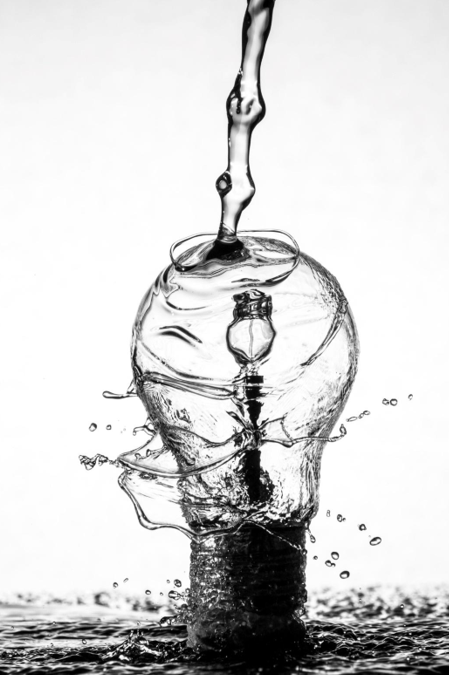 Self-charging batteries have been a popular concept so far. From fitness trackers powered by sweat, to Bluetooth earphones powered by atmospheric humidity, the idea has been around for years, but generating usable amounts of electricity was still a far-fetched dream. However, this year a team at the University of New South Wales announced something that shocked many people.

They announced that they have figured out a way to significantly boost electrical output through atom-thick layers of graphene oxide in a pancake stack a fraction of a millimeter thick. It is known that when multiple of these bendable moisture-electric generators (MEGs) are assembled in a series, they can generate enough power to run a pocket calculator.

Similarly, last month Strategic Elements – an Australian company parented by UNSW researchers, claimed that they are taking this tech to the market and planning to have demonstrated a version of a “moisture powered” electronic skin patch by this year. This shows that self-charging batteries might not just be a dream anymore.

How Does this Work and Where Does the Power Come From?

Dewei Chu – leader of the UNSW Nano ionic Materials Group, has co-authored a paper with his team describing how graphene-oxide MEGs – which work by separating positive and negatively charged particles. To understand how it works, you need to imagine a solution full of positive and negatively charged particles; now, imagine introducing a membrane that only allows positive particles to pass through.

This unequal distribution of negative and positive particles across the membrane gives rise to an electrochemical gradient that generates a voltage at electrodes. With the newest UNSW design, these positive particles are hydrogen ions or hydrons – so the batteries aren’t exactly self-charging but actually converting chemical potential energy to electrical energy.

The Role of Moisture from Air

Now you might be thinking, what is the role of the “moisture in air” that we talked about earlier – well, what do you think the hydrons are coming from? Actually, these hydrons come from the Air – they come from the water vapors. The key here is the hydrophilic (Water-loving) nature of graphene oxide nanomaterial used in these batteries, which will bond with water molecules, break them and release hydrons. So what’s the catch here? Creating a large enough reservoir of hydrons to generate usable amounts of electricity using the nanomaterial – which now seems likely.